Blag is a Skin Poppin' Slut 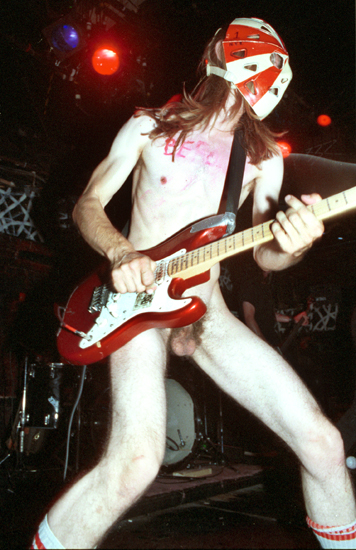 Last night was the big Dwarves show at the Living Room! And it was great! I forget sometimes how riveting they are live, but when the lights went out I was giddy and excited!

Know what else happend ? HeWho mauled the breasts of a young lady that was going berserk up front, sort of making herself part of the show. I guess she was not down with that, because I saw her walking away from the stage, talking on her cell phone. And after the show was over, the cops showed up, trying to get backstage. I think at that point, HeWho had made himself scarce. I don't know if they arrested anyone.

They played "Is There Anybody Out There?" amongst other things. I'm vowing to attend more shows... even if the acts are local and in all likelihood, crappy.

PS Winter beers are here! I bought some Harpoon Winter Warmer and had a couple Winter Hooks at the show. The only thing better that winter beer is summer beer. I'd also like to take this opportunity to tell you that Sam Adams is hardly any better than Coors. I never drink it.
Posted by Jenks at 10:03 PM