Although I am near delirious with illness and still reeling from Mark Wagner's bulge, I would like to sum up the dispersal of PawSox players as well as the fresh young minds that've been brought into the Rhody fold. The "Foldy", if you will. (I will not.)

Jarrod Saltalamacchia - Marlins. I'm not sure if he played in Pawtucket last year. Sorry, I was busy having one of my organs removed.

Jacoby Ellsbury - Yankees. Ellsbury hung out with Royce Clayton in Pawtucket back when I was paying money to drink beer in someone's musty cellar. This transaction angered some people. You know what makes me angry? Injustice and starvation.

Brandon Snyder - He's back! How pleasing.

Mark Hamilton - Gwinnett Braves. He will kick 100% of the PawSox asses when he comes May 26th.

Doyle's Brother - Another Charlotte guy. Or Fort Mill, whatever, just get that new ballpark going already.

Matt Spring - Is back. What. 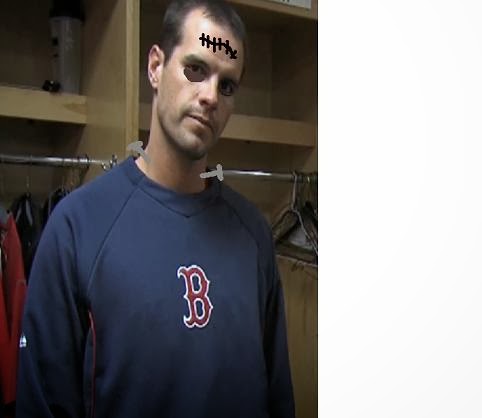 And I'm not sure what's going on with Grady Sizemore but finally, FINALLY! I have a reason to wear my Grady Sizemore hat. I was at the Cleveland Indians ballpark and they were tossing hats, is why I have one. Like why could it not have been a Masterson cap? He pitched that rainy day, it was splendid, but I think Boston won.

(later) GOD DAMN IT! The PawSox beat me by about one hour.