Julian Tavarez was one of my favorites. 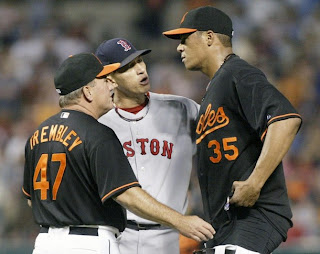 So here's a picture of him with Larga Cama and potential male model Daniel Cabrera. For some reason, Cabrera has his pants down. YEAH, BABY!

Also, you know how Chris Carter's been spotted around PVD and Narragansett and stuff? He's been living in Rhode Island. His girlfriend goes to URI. That explains everything.

In a related story, I don't think the PawSox could have made it to the playoffs without one special guy... a man who really produced at the plate. A real big, strong power hitter. A 333 BA, a 1.333333infinity SLG. He walked as many times as he hit, too. He really came up big for Pawtucket!

That man was David Ortiz. Ortiz had three hits and they were all home runs. His contributions can not be overlooked. 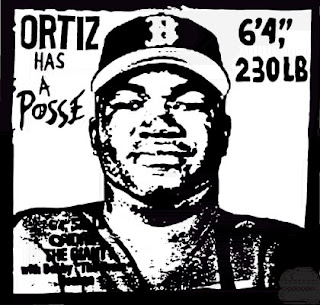