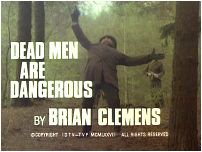 Marc Deschenes? Brill once again. Had a no-hitter going through 5. And you know what? He's kind of dirty and sweaty and has Massachusetts hair but he's got piercing blue eyes and maybe I'm falling in love with him. The ladies love a good pitcher.

Twenty-two year old right hander Edwin Jackson pitched for Durham. He also held Pawtucket scoreless through 5 and dazzled all the stupid jerks who kept talking about the pros and cons of satellite television and all the screechy kids who were blowing bubbles incessantly in the stands. The ladies love velocity.

Everyone knew Hansen was gonna show up and pitch. I wasn't expecting much, but he was throwing BB's, if the pitch speed sign is to be believed. (I have my doubts about its accuracy.) Everything was fine until Mike Holtz showed up and couldn't get anybody out in the ninth. Walked a guy, hit a guy, gave up two hits. Way to go, Holtz. Finally, Bausher got hustled in and allowed a game tying run, but ended the inning with a defensively nifty 1-2-3 double play.

Extra innings: Bausher again, not terribly sharp, and the Bulls get the run they need. Hansen should have gotten the win, but Big Ruiner Holtz blew that chance.

Elijah Dukes was not in the lineup. I found out later that he'd been suspended for an unnamed clubhouse incident. I also read that when he was 20, he was arrested for assault when he threw a remote control at the mother of his children. DAMN. No wonder they stomped the piss out of Pawtucket.

Enrique Wilson went 2 for 4 with a double and the game tying RBI in the 7th. He seems more out of place in Pawtucket than Hee-Seop Choi, but not in a good way. Is he ever going to play in Boston? No. As Chuckie said, I don't know much but I know that.

For the record, this was probably the best Pawtucket home stand I've ever been a part of, mostly because the Durham Bulls have some seriously talented yet mental players. Can't wait until they return in... oh my god, they're never coming back!