The Legend of Bronson Arroyo 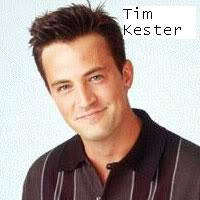 At the PawSox home opener, I was disappointed to see Scott Atchison starting the game and not Alfredo Aceves as promised. Atchison pitched well, though, so I got over it rather quickly.

My guest was surprised when Atchison got taken out so early, not knowing that Atchison was more a reliever than a starter and all the other reasons why. "But what if he was pitching a no-hitter?"

And I realized then that not only might there never be another perfect game or no-hitter, but maybe not even a complete game. That sounds dramatic, but it's kind of realistic.

In 2003, when Bronson Arroyo pitched his perfect game, only two other pitchers that season went the full nine: Bruce Chen and Dicky Gonzalez. Holy crap, remember them?! I think Chen's still drifting around...

In '04, righty Jamie Brown pitched two complete games. The marvelous Tim Kester pitched one and then... John Stephens? Was he the Australian guy? So that was four that year and I missed out on that stuff.

2005 - One CG, thanks again to Tim Kester. Poor guy never made it to the big leagues. Criminal.

2006 - Three complete games! I am losing my credibility here, you guys. Matt Ginter, Rob Henkel, and Jason Johnson. I remember Ginter, barely remember Henkel, and Johnson was one of those disastrous Boston relievers (Like that old guy, Mike something? Tough year.)

In 2007, TV's Jon Lester and his enormous melon pitched two complete games. Know who else did? John Barnes (knuckleballer?) and Mike Burns! Mike Burns! My memories are flooding back. I can't believe they let Lester go all the way twice. Astounding.

2009 - JOHN SMOLTZ PITCHED A COMPLETE GAME FOR PAWTUCKET? Was Theo aware this was going on? Why don't I remember this? Can anyone prove this really happened?

Also Buchholz and Zink that year.

Finally, last year Adam Mills pitched a complete game and so did Ramon Ramirez. Wasn't Ramirez' game a seven-inning thing? Or it was rained out or something?

Okay, so I was wrong about there not being complete games. I must have been arevatada. But I think we all learned something today, and it's that Arroyo is not gonna be a fucking legend ON MY WATCH!!! JUNICHI TAZAWA, IT'S ON YOU MY FRIEND!!!

Double header at two. See you there, sweetness.
Posted by Jenks at 9:41 AM