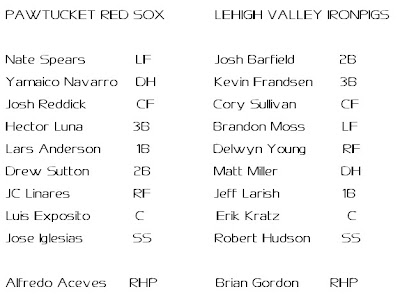 3-0 IronPigs... And they got less hits, too. The Red Sox hit a double and a triple and the IronPigs had ZERO extra base hits!

Okay, my outrage is manufactured. That is blatant misuse of exclamation points and I will refrain from doing that in the future.

Pawtucket starter Alfredo Aceves pitched five innings. Three walks, five strikeouts, three runs on two hits. One run was unearned, which came to be when Frandsen sac flied in the third and brought home not only Jeff Larish, but Robert Hudson from second on a crap throw. The world may never know who screwed that up.

Lehigh Valley starter Brian Gordon, who used to be an outfielder, pitched for three innings. Other than that, he was ably backed by Stone and Jeff and drummer Eddie Vedder: Reliever Chance Chapman put in some long, long relief work (four innings) and Michael Schwimer and Juan Perez zipped through the rest of the game. TWO HOURS AND TWELVE MINUTES! Fantastic! 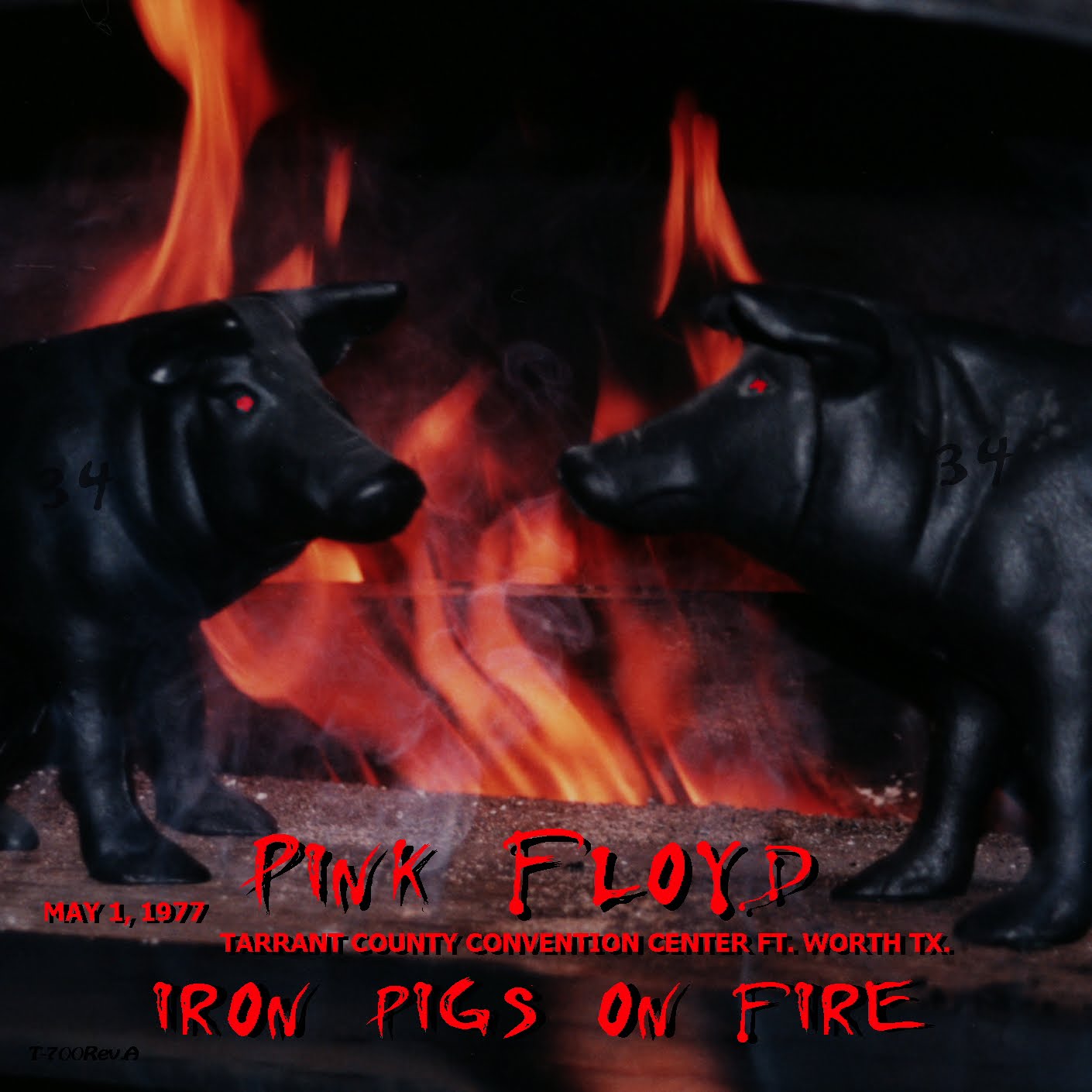 A compliment for us is a compliment for you:
1. This Ryne Sandberg quote is tremendous: "Medium fly ball, not a guarantee score on that, so it was a good tag on his part, and after they made the cut he hustled to stay in the pickle to allow Hudson to score. I kept saying, 'take a look, take a look,' and he picked the right time to break for home with the fielder running toward second." Sandberg is referring to Barfield getting caught in a rundown in the fifth inning. You can almost hear the big wad of tobacco in his mouth! I recommend reading that quote out loud for maximum Old Baseball effect.
2. Yamaico Navarro hit his second triple of the year. No one else on the team has two.
3. Could Aceves be called up to replace Matsuzaka? Can anyone replace Matsuzaka? I wonder what Daisuke Matsuzaka is like as a person, like as a regular guy. Someone should do a Sunday newspaper piece on him, because I would read it.
4. Lehigh... Whoa ooooooh oooooh... He's for the money, he's for the show....
5. Rich Hill, Scott Atchison, and Clevelan Santeliz pitched an inning apiece and it was real clean, like my conscience. Too bad the game was essentially over.

Tonight! The Red Sox are home and facing the Toledo Mud Hens (DET), who just swept the Syracuse Chiefs. I am going to try to squeeze a game in on Monday, so perhaps I will see you there. If you go today it's Kyle Weiland v Andrew Oliver.